The highly popular MMORPG World of Warcraft has been used a lot by scientists as a model to study social dynamics in virtual worlds. Besides the early descriptive works of Nick Yee, there have been a series of interesting contributions dealing with this aspect.
ð  A general paper, talking a lot about fundamental concepts such as social density (Ducheneaut and Moore, 2004). By the way, the concept of social density is something I am very interested in, and that we use extensively in the current studies.
ð  A very interesting paper, which I quote often, dealing with the guild structure dynamics (Chen et al., 2008).
ð  Our recent paper, which demonstrated that social structuring can also be influenced by the avatars’ visual aspect, and which shows that the influence of this factor depends on the degree of visual anthropomorphism of the constitutive avatars (Lortie and Guitton, 2011).
There is still a lot of work which can be done using World of Warcraft as a model. However, it also has some limits … Its major advantage is that is still has a real “massively multiplayer” aspect, and the impact of the guilds in the game design. You want to reach very very high levels and get really unique items? Well, you better be part of an “elite” guild … This really forces people to somehow develop socially active avatars (which may be bad for real nerds, but which helps us a lot, nerdy scientists J  ).
Ducheneaut , Moore (2004). Social side of gaming: A study of interaction patterns in a massively multiplayer online game. In: Proceeding of the 2004 ACM conference on computer supporter cooperative work (CSW04). New York, NY: ACM Press. 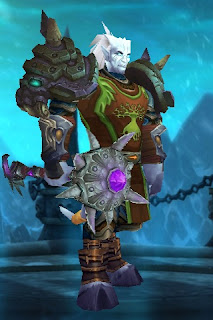